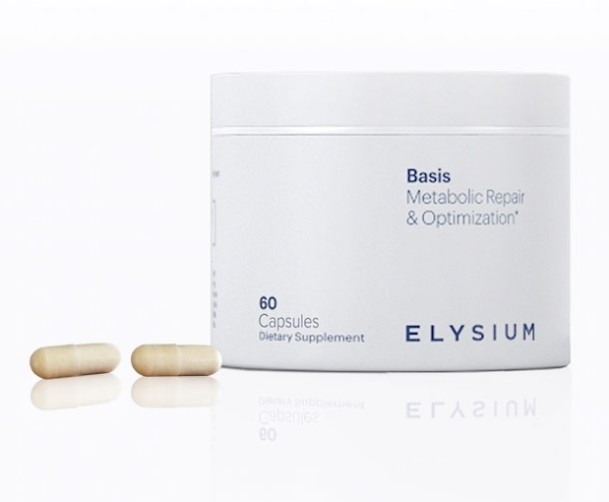 An anti-aging startup hopes to elude the U.S. Food and Drug Administration and death at the same time.

The company, Elysium Health, says it will be turning chemicals that lengthen the lives of mice and worms in the laboratory into over-the-counter vitamin pills that people can take to combat aging.

The startup is being founded by Leonard Guarente, an MIT biologist who is 62 (“unfortunately,” he says) and who’s convinced that the process of aging can be slowed by tweaking the body’s metabolism (see "Is There a Fountain of Youth in Our DNA?").

To see the original article on TechnologyReview.com, click here.

Everyone is getting older. Few are happy about it.

The problem, Guarente says, is that it’s nearly impossible to prove, in any reasonable time frame, that drugs that extend the lifespan of animals can do the same in people; such an experiment could take decades. That’s why Guarente says he decided to take the unconventional route of packaging cutting-edge lab research as so-called nutraceuticals, which don’t require clinical trials or approval by the FDA.

This means there’s no guarantee that Elysium’s first product, a blue pill called Basis that is going on sale this week, will actually keep you young. The product contains a chemical precursor to nicotinamide adenine dinucleotide, or NAD, a compound that cells use to carry out metabolic reactions like releasing energy from glucose. The compound is believed cause some effects similar to a diet that is severely short on calories—a proven way to make a mouse live longer.

Elysium’s approach to the anti-aging market represents a change of strategy for Guarente. He was previously involved with Sirtris Pharmaceuticals, a high-profile biotechnology startup that studied resveratrol, an anti-aging compound found in red wine that it hoped would help patients with diabetes. That company was bought by drug giant GlaxoSmithKline, but early trials failed to pan out.

This time, Guarente says, the idea is to market anti-aging molecules as a dietary supplement and follow up with clients over time with surveys and post-marketing studies. Guarente is founding the company along with Eric Marcotulli, a former venture capitalist and technology executive who will be CEO, and Dan Alminana, chief operating officer.

The company says it will follow strict pharmaceutical-quality production standards and make the supplements available solely through its website, for $60 for a 30-day supply or $50 per month with an ongoing subscription.

“You have high-end prescription drugs up here, which are expensive,” says Guarente, gesturing upward. “And you have the nutraceuticals down there, which are a pig in a poke—you don’t know what you’re getting and you don’t know a lot about the science behind them. There’s this vast space in between that could be filled in a way that’s useful for health maintenance.”

An anti-aging pill with an ivory-tower pedigree could prove profitable. The $30 billion supplements market is growing at about 7 percent a year overall, Alminana says, and at twice that rate for online sales.

Elysium declined to name its investors, but it has some high-level endorsements. Its board includes Daniel Fabricant, former director of the FDA’s division of dietary supplements and now CEO of the Natural Products Association, a trade association. The company also has five Nobel Prize winners advising it including neuroscientist Eric Kandel, biologist Thomas Südhof, origin-of-life theorist Jack Szostak, and the 2013 laureate in chemistry Martin Karplus.

Karplus, now an emeritus professor at Harvard, said in a telephone interview that he was turning 85 this year and had asked the company to send him a supply of Basis as soon as it’s available. “I want to remind myself whether I really want to take it or not,” says Karplus.

Scientists have shown they can reliably extend the life of laboratory mice by feeding them less, a process known as “caloric restriction.” That process seems to be mediated by biological molecules called sirtuins. NAD is important because it’s a chemical that sirtuins need to do their work and is also involved in other aspects of a cell’s metabolism. In worms, mice, and people, NAD levels fall with age, says Guarente, so the idea is to increase levels of the molecule.

“NAD replacement is one of the most exciting things happening in the biology of aging,” says Nir Barzilai, director of the Institute for Aging Research at the Albert Einstein College of Medicine in New York, who has coauthored scientific papers with Guarente but is not involved in Elysium. “The frustration in our field is that we have shown we can target aging, but the FDA does not [recognize it] as an indication.”

Other experts said while NAD may decline with age, there is limited evidence that aging can be affected by restoring or increasing NAD levels. “There is enough evidence to be excited, but not completely compelling evidence,” said Brian K. Kennedy, CEO of the California-based Buck Institute for Research on Aging.

Guarente says Elysium’s pill includes a precursor to NAD, called nicotinamide riboside, which the body can transform into NAD and put to use. In addition, the pill contains pterostilbene, an antioxidant that Guarente says stimulates sirtuins in a different way. Both ingredients can already be found in specialty vitamins. “We expect a synergistic effect [from] combining them,” he says.

Guarente says Elysium plans to gradually add to its product line with other compounds shown in academic labs to extend the healthy lifespan of worms, mice, or other animals. The company will do preliminary testing to make sure the products are not toxic but will not follow the arduous FDA approval process. Vitamins and supplements can be sold over the counter as long as they contain ingredients known to be safe and don’t make overly specific health claims.

Marcotulli says the company has some anecdotal evidence that Elysium’s pills make a difference. “For older demographics, we’ve heard really interesting feedback related to levels of energy. It’s very, very useful and restorative,” he says. And he takes the pills himself. “When I don’t have a supply, I feel actually fuzzy,” he said. “It’s become a staple of my routine.”

Guarente also says he takes Basis every day, along with 250 mg of resveratrol, the red-wine compound. Guarente also exercises—though not, he says, as often as he should.

He says it doesn’t trouble him that he sees no obvious benefits yet from his supplement regimen. Too many studies in the anti-aging field, he says, are too short-term to show real benefits. Or else they study people who are already unhealthy. “I think that’s the way it would be if something is really acting to slow your progression into decrepitude—you’re not going to notice that,” Guarente says.

Mystery Coronavirus from China: What to Know

The sprint to create a COVID-19 vaccine started in January. The finish line awaits.

Donald Trump's COVID-19 treatment is similar to the average American hospitalized with coronavirus.

One last party, one last dance, then goodbye: College students decamp in the age of covid-19

Her son died. Two decades later, she met the medical student who got his heart

Mystery Coronavirus from China: What to Know

For Trans Youths, a Tough Path to Gender Harmony

Not so fast: 5 reasons to view declining cancer death rates with a dash of skepticism

How AI is Transforming Health Care