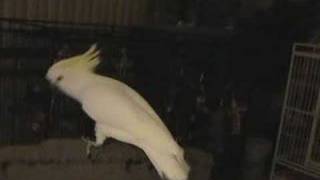 This Cockatoo Thinks He Can Dance

Watching Snowball the cockatoo dance to Queen’s “Another One Bites the Dust” has long been one of the joys of the internet. The four-minute video has been viewed more than seven million times, and it’s probably generated at least that many grins. But when a small group of scientists first saw it a decade ago, they knew that it was more than entertaining. If it was real, it offered the first genuine support for a claim Darwin had made 148 years ago, but never proven: that anim

journalist, contributing to The

Scientific American.com, and others.

How will the obesity epidemic end? With kids.

New drugs and surgery can deliver major weight loss. But they come at a cost.

Americans don't choose to be fat. Many live within a 'system they don't control.'

What we eat matters. Researchers are still searching for the 'best' diet.

Obesity was long considered a personal failing. Science shows it's not.

Can you improve memory? Brain stimulation could make a 'moderate to large' difference, study shows.

Donald Trump's COVID-19 treatment is similar to the average American hospitalized with coronavirus.

The sprint to create a COVID-19 vaccine started in January. The finish line awaits.